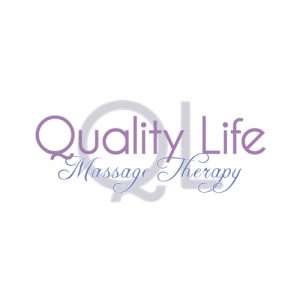 I want to say something.
Sometimes massage therapy just…sucks.

This post is about a vacutherapy called Massage Cupping – and I use it every day.  Most of the clients who come in have never had it, or have heard of something similar and are skeptical at best.  I make sure to talk about it with every single client the first time they see me, demonstrate it on myself during the intake, when they are doing the initial chat after paperwork.  I make sure that I schedule PLENTY of time for my sessions so that people’s hands-on time isn’t affected.

Massage therapy is typically some sort of pressure, pushing, or stretching.  Cupping is a vacu-therapy.  Air is removed from the cup, PULLING tissue upwards.  As I like to tell my clients, there really isn’t a vacuum in nature, so your body doesn’t quite know how to respond.  Usually there is little of the fear reflex or tendency to tense up; fighting or tricking your body’s instinct to protect itself is half the battle during a massage.  Under the cup, the tension or fascial adhesion (or knot, if you must…it’s not a clinical term but I totally know what you mean when you say it) undergoes a unique sort of physical stretch, loosening fibers and ending up, generally, with less discomfort or pain in the area as well as greater flexibility.  Another positive is that when the cups are left for a short time in one spot, my hands can be somewhere else, doubling the amount of work.  Or if more than one cup is being used… well, math…. more work is getting done.  We’ll just say more.  Now that I’ve described the process, here’s a picture:

Massage Cupping is unknown to the majority of massage clientele and the public in general.  If cupping is known at all (rare), it is the Traditional Chinese Medicine (TCM) modality, usually Fire Cupping, which was practiced throughout history (usually by acupuncture physicians.)  As physicians, they have different responsibilities and a different scope of practice than a massage therapist.  Although it varies from jurisdiction to jurisdiction, with different levels of clinical training, in NO place is a massage therapist a physician.  We can’t diagnose the underlying cause of pain or disorders, only treat people palliatively (for pain) and help to manage stress.

There is a reason I am putting such an emphasis on this is because using cupping to diagnose illness (whether or not you subscribe to the TCM model) is very different from massage cupping.  In TCM cupping (or fire cupping, which isn’t necessarily an interchangeable term), the physician would use the cups with the express purpose of releasing chakras and meridians at specific points, a process that took time and almost inevitably left behind large areas of broken capillaries and trauma on the body.  These areas, which resemble bruises although they do not hurt (and which my massage cupping instructor insisted ridiculously that we call ‘cup-kisses’ or ‘doo-hickeys’) would take on certain specific patterns, which were examined and ailments were thereby diagnosed.

They WANTED the marks, so they would move the cups only long enough to locate the “blockages” and then leave the cups there for 10-20 minutes (usually) to guarantee that the mark would be plain enough to be read.  I would put the scary photo of Gwyneth Paltrow’s back (being the most widely known example) directly into the post, but it’s a) scary and b) not an image I’m legally permitted to use…. but for the morbidly curious, here’s a link.

A massage therapist trained in ACE MassageCupping (that’s me) isn’t trying for marks.  I’m going for the other side of the see-saw.  The cups are generally in motion or placed over a specific point for a maximum of of 2-3 minutes.  Marks are incidental and to be avoided.  When they do occur, they typically last between 12 hours and 3 days.

Based on your needs and your goals, Massage Cupping could be in your future if you book an appointment with me, Leslie Forrester.  You’ll very likely be pleasantly surprised.